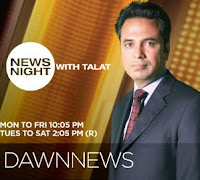 Jingoism: Jingoism is extreme patriotism in the form of aggressive foreign policy. In practice, it is a country's advocation of the use of threats or actual force against other countries in order to safeguard what it perceives as its national interests. Colloquially, it refers to excessive bias in judging one's own country as superior to others – an extreme type of nationalism. The term originated in Britain, expressing a pugnacious attitude towards Russia in the 1870s. "Jingoism" did not enter the American vernacular until near the end of the 19th century. This nationalistic belligerence was intensified by the sinking of the battleship USS Maine in Havana harbour that led to the Spanish-American War of 1898. Wikipedia http://en.wikipedia.org/wiki/Jingoism 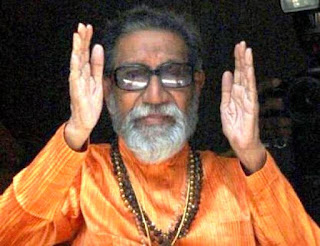 Fascism: is a radical authoritarian nationalist political ideology. Fascists seek elevation of their nation based on commitment to an organic national community where its individuals are united together as one people in national identity. They are united by suprapersonal connections of ancestry and culture through a totalitarian state that seeks the mass mobilization of a nation through discipline, indoctrination, physical training, and eugenics. Fascism seeks to eradicate perceived foreign influences that are deemed to be causing degeneration of the nation or of not fitting into the national culture. Fascism was founded during World War I by Italian national syndicalists who combined left-wing and right-wing political views. Fascists have commonly opposed having a firm association with any section of the left-right spectrum, considering it inadequate to describe their beliefs, though fascism's goal to promote the rule of people deemed innately superior while seeking to purge society of people deemed innately inferior is identified as a prominent far-right theme. Wikipedia http://en.wikipedia.org/wiki/Fascism 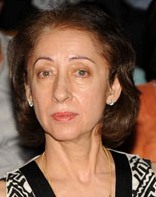 Artists, Intellectuals, Scholars, Authors are universal, they have no boundaries, they are watched, read, quoted, and consulted respectively without any passport and immigration but Talat Hussain (a property of Hameed Haroon and Amber Saigol and Dawn News) think otherwise recently when Giant Pakistani Artist Mehdi Hasan passed away people of India expressed deep sorrow and grief without bothering about Partition, his nationality, colour, religion, passport, or any other divide and duly honoured Great Mehdi Hasan with Respect and Good words, Talat Hussain, Hameed Haroon and Amber Saigol's Alleged Honour was sleeping somewhere when Indians were praising Mehdi Hasan but suddenly "The Sick Patriotism" comes alive in Talat Hussain, Hameed Haroon, Amber Saigol and Dawn News when Pakistanis reciprocated the same honour to a recently departed Indian Artist Rajesh Khanna. Talat Hussain and Dawn News vomited venom in an already venomous atmosphere without bothering about the fact that Mehdi Hasan was born on that side of Border which is now India (in Rajasthan) and Rajesh Khanna had his roots in Burewala, Punjab, Pakistan, A K Hangal born in Sialkot (Punjab) and now both sides are two different countries courtesy alleged Founding Fathers and Alleged Freedom Fighters of now Both sides. By the way A K Hangal lived early part of his life in Sialkot, Peshawar, and Karachi. Now Talat Hussain and no good Hameed Haroon and Dawn News should start Tabbarra on Sialkot, Peshawar, and Karachi. Tribute to Rajesh Khanna (1942 to 2012) Part - 1 http://amughal.blogspot.com/2012/08/tribute-to-rajesh-khanna-1942-to-2012.html Tribute to Rajesh Khanna (1942 to 2012) Part - 2 http://amughal.blogspot.com/2012/08/tribute-to-rajesh-khanna-1942-to-2012_15.html Tribute to Ghazal Maestro Mehdi Hasan by Alauddin Khanzada & Asif Noorani. http://chagataikhan.blogspot.com/2010/12/tribute-to-ghazal-maestro-mehdi-hasan.html Tribute to Ghazal Maestro Mehdi Hasan by Alauddin Khanzada & Asif Noorani http://amughal.blogspot.com/2010/12/tribute-to-ghazal-maestro-mehdi-hasan.html

Down Memory Lane With A K Hangal 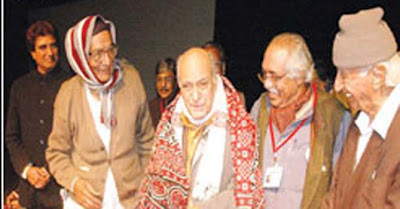 A K Hangal with Comrade Sobho Gianchandani Honouring Sajjad Zaheer: NEW DELHI: India’s distinguished movie actor and communist ideologue A.K. Hangal died in a Mumbai hospital on Sunday following a brief illness, Press Trust of India said. It said his son Vijay Hangal, a retired still cameraman in Bollywood, appealed for help after failing to meet Hangal’s medical expenses. Several Bollywood celebrities like the Bachchans, producer-director Vipul Shah, and actors Mithun Chakraborty, Aamir Khan and Salman Khan came forward to help him. The 95-year-old character actor and veteran of the fabled progressive cultural troupe, the Indian Peoples’ Theatre Association (IPTA), passed away at 9am at the Asha Parekh Hospital in suburban Santacruz in Mumbai, where he was admitted on Aug 16 after fracturing his thigh bone. Best known for his one-liner from blockbuster Sholay — Itna sannaata kyun hai bhai (why so much silence is there), Hangal entered Bombay cinema when he was in his 40s and went on to act in over 200 films. He endeared himself to the audience by playing the role of the lovable old man in films like Sholay, Shaukeen and Namak Haram, “This is really a sad thing…now I am left all alone. I have no words to describe his loss,” Vijay Hangal told PTI. “He was a strong man…he has been a great support to me,” he said. Avtaar Veenit Kishan Hangal was born in a Kashmiri Pandit family in Sialkot and came to the city of dreams — then known as Bombay — at the age of 21. PT said he made an impressive mark as the old man who gets up and joins the troupe in the song Ghanan Ghanan, where he sang one line Kale Megha Kale Megha Pani To Barsao in Aamir Khan-starrer Lagaan. The actor was honoured with the Padma Bhushan for his contribution to Hindi cinema in 2006, was in the news last year for living a life in penury. Recently, he returned to face the studio lights after several years for TV series Madhubala, PTI said. REFERENCE: Legendary Indian actor Hangal dies in penury http://dawn.com/2012/08/27/legendary-indian-actor-hangal-dies-in-penury/ Veteran Indian actor A.K. Hangal dies at 95 http://dawn.com/2012/08/26/veteran-indian-actor-a-k-hangal-dies-at-95/ 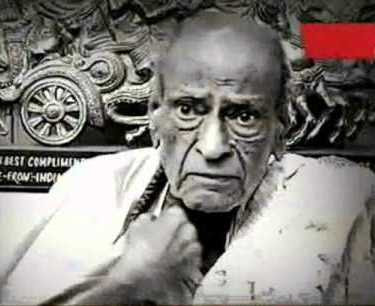 AK Hangal dies at 97, bigwigs skip funeral : Not a single big name from the film industry turned up for the cremation of veteran character actor A K Hangal on Sunday. The 97-year-old, a veteran of over 225 films, passed away early in the morning at Asha Parekh hospital in Vile Parle following a brief illness aggravated by a fracture of his thigh bone. Only character actors like Rakesh Bedi and Raza Murad and friends like Ila Arun were present for the last rites. But that didn't really matter to a man who had dedicated his life to theatre, cinema and social issues. Some theatre enthusiasts posted comments on social networking sites. One of these said that another acting academy had shut down. Hangal was one of the most endearing old men of the film industry with roles in Sholay, Namak Haram and Shaukeen. His one-liner from Sholay, 'Itna sannata kyon hain bhai', achieved cult status.

Sholay's Rahim Chacha had to depend on Bollywood for aid to fight illness. But the actor, who swore by leftist philosophy, believed that the state needs to accept the responsibilities of senior citizens. His son Vijay said, "My father was highly spirited and fought till the end. He survived even after life support was taken off." He added, "He even shot a small scene for the TV serial Madhubala despite his poor health. The moment the camera was switched on, his energy came back.'' Fashion designer Riyaz Gangji, who would visit the actor almost every day, said, "When I asked him if he wanted life support back, he said no.'' Hangal had walked the ramp for the designer last year. Murad said, "The actors would've come if a political party summoned them. But they didn't have an hour to spare to pay their last respects to the man who gave 50 years to the industry and worked with all top stars.'' Hangal started his film career rather late. The actor, who participated in the freedom movement, started off as a tailor. He got associated with actors like Balraj Sahni, Sardar Jafri and Kaifi Azmi, who persuaded him to act. He entered the film industry at the age of 50 with Basu Bhattacharya's Teesri Kasam.

Though new to the industry, he was not afraid to express his anger over Raj Kapoor walking onto the set late. Hangal was very vocal about his political views. He had faced a ban on his film career after the Shiv Sena objected to his attending a function organized by the Pakistan consulate in Mumbai in the 1990s. A Communist Party of India member, Hangal continued to renew his membership every year. Hangal acted in over 225 films in his film career spanning over four decades. He played the roles of a father, uncle or housekeeper to many a big star, including Jaya Bachchan, Sanjeev Kumar, Rajesh Khanna and Amitabh Bachchan. He had cut down on acting for 10 years, but did small roles in Aamir Khan's Lagaan and Shah Rukh Khan's Paheli. The actor's financial condition became an issue with his health falling and his son Vijay having to stop work to look after his father. After reports about Hangal's poor financial condition, the information and broadcasting ministry announced a plan for health insurance of retired actors which has not yet materialized. Vijay said, "The industry's aid did help us pull through all his medical needs. Though film industry bigwigs were not there, his friends from IPTA and character actors attended the cremation. We are planning a condolence meeting at Prithvi Theatre at 4pm on Monday.'' AK Hangal dies at 97, bigwigs skip funeral TNN | Aug 27, 2012, 05.53AM IST http://timesofindia.indiatimes.com/entertainment/bollywood/news-interviews/AK-Hangal-dies-at-97-bigwigs-skip-funeral/articleshow/15795100.cms 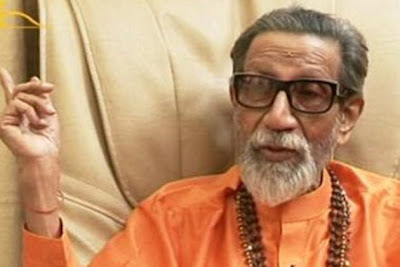 AK Hangal: Bal Thackeray once called him a traitor Hangal was drawn to Indian People's Theatre Association (IPTA) in India. He started working with Balraj Sahni and Kaifi Azmi in IPTA. In his late 40s, Hangal was offered the part of Raj Kapoor's brother in 1966 film "Teesri Kasam" by director Basu Bhattacharya but his scenes were removed from the film. There was no looking back for him after that. He starred in over 200 films. His mostly played roles of father, uncle, grandfather or that of a meek and harassed old man, an image he could never get rid off. The veteran actor suffered a political backlash in 1993 when he applied for visa to visit his birthplace in Pakistan. He was invited and attended the Pakistan day celebrations by the consulate in Mumbai thereby incurring the wrath of the Shiv Sena. Shiv Sena Supremo Bal Thackeray took offence and called him a traitor. A call to boycott his films was made, his effigies were burnt and his scenes were deleted from films. He bounced back after two years with character roles in Amitabh Bachchan's home production "Tere Mere Sapne" and Aamir Khan's "Lagaan". He last shot for Shah Rukh Khan starrer "Paheli" in 2005.

He was awarded Padma Bhushan for his contribution to Hindi cinema in 2006.

The actor was in news last year for living a life in penury. His son Vijay, a retired still cameraman in Bollywood, appealed for help after failing to meet Hangal's medical expenses. Several Bollywood celebrities like the Bachchans, producer-director Vipul Shah, and actors Mithun Chakraborty, Aamir Khan and Salman Khan came forward to help him. He returned to face the studio lights again recently after a gap of seven years for TV show 'Madhubala'. Having reached the sets on wheelchair, Hangal was not sure if he would be able to handle it physically. But he came in his elements once the cameras started rolling. He has a 74-year-old son Vijay with late wife Manorama. REFERENCE: AK Hangal: Bal Thackeray once called him a traitor PTI Aug 26, 2012, 11.05AM IST http://articles.timesofindia.indiatimes.com/2012-08-26/news-interviews/33402013_1_bal-thackeray-tv-show-madhubala-mithun-chakraborty
Posted by Aamir at 11:58 AM 0 comments

Aamir
I have served in Intelligence Bureau, Government of Pakistan from 1990 to 2001 and honourably RESIGNED in 2001.